Posted 3 years ago in Spacefarer Institute 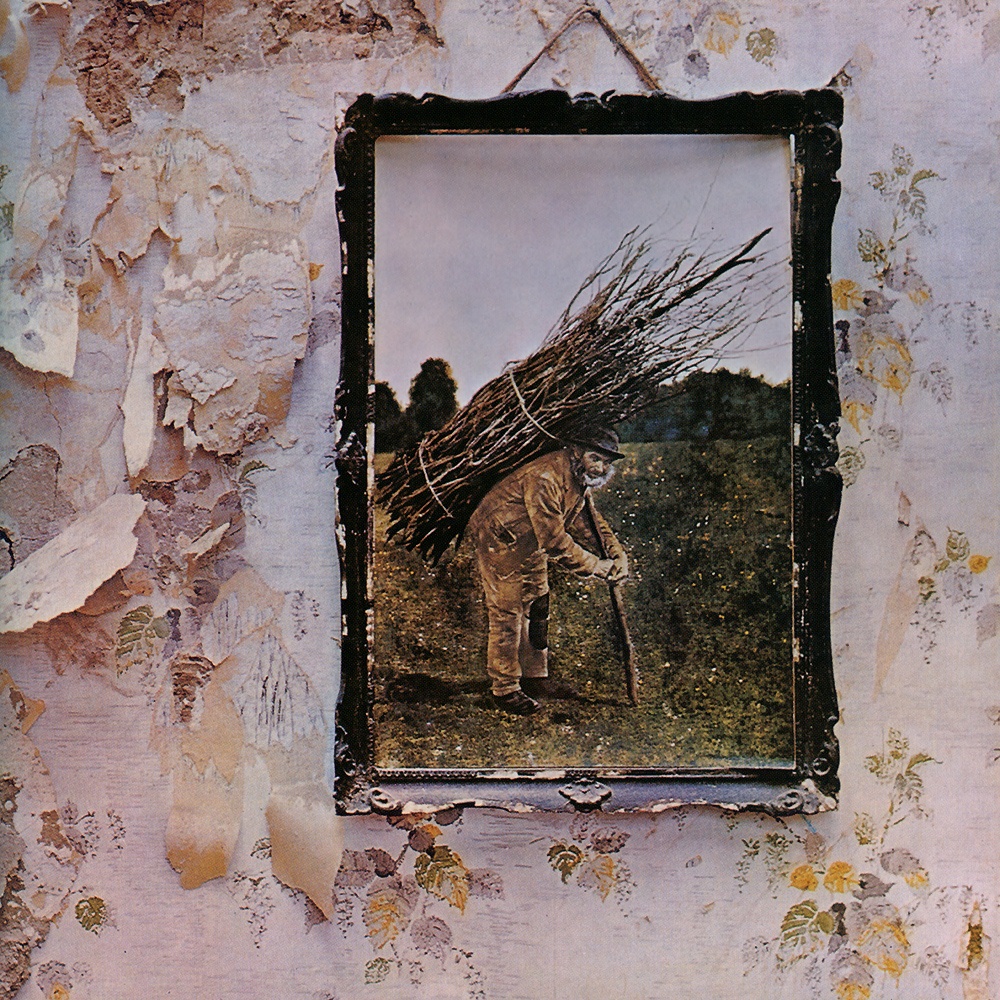 Some call it Four Symbols. Others refer to it as Four Sticks. A few people even call it simply The Fourth Album.

The truth is, it doesn't really have a title at all.

The cover for this album is a bit of a puzzle - at least, it is on first glance. A peeling wallpaper playing host to a framed photo of a bearded old man; an old man with a surprisingly strong back, at that. Turn the album over, and it transpires that the wall has been partially demolished, revealing a much more modern building (for the time, at least) in the background. So far, so peculiar. 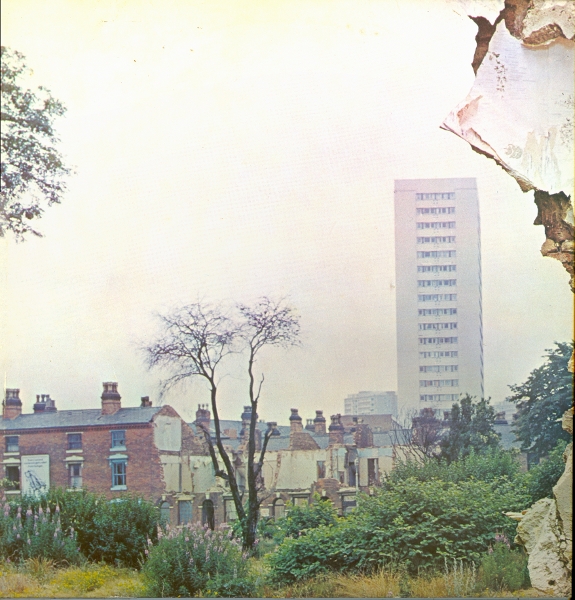 Open the album's gatefold up, and you're greeted with an illustration of an old man with a cane, not too dissimilar to the guy on the front, wearing a robe and holding a lantern. The mystery deepens, and we haven't even got to the music yet.

Ah, but, we're missing one vital piece of information. Just who made this album? Anyone who knows their rock music will recognise the cover straight away, but those who don't...welcome to how everyone else felt in 1971, when this record was released. There's no text on the cover, no text on the reverse, nothing on the spine or the inside gatefold. Included is a paper insert, which similarly gives nothing away; all that's printed on it are some lyrics (not that you'd know at first glance) and four symbols. Only the record label itself gives anything away, and by the time anyone sees that, they've probably already bought the album.

Pop the disc on your record player and, hey, it's not some obscure art-house psychedelic nonsense, but the one and only Led Zeppelin. 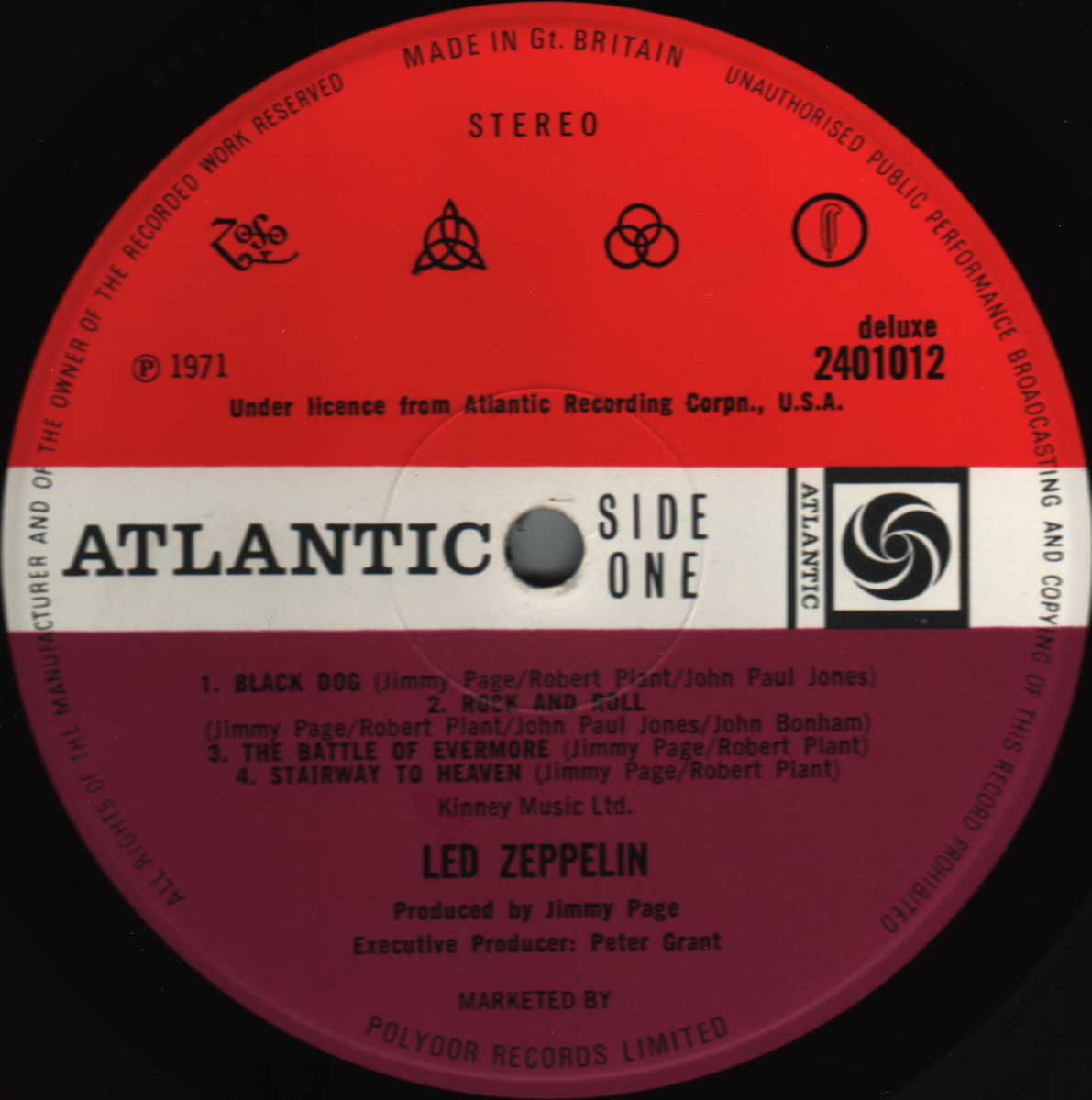 So, what was the plan here? Why would they go to such lengths to masquerade their involvement in this piece until the point you actually come to listen to it? The reason is simple - almost disappointingly so, in fact - it was the band's way of fighting back against the media.

Their previous album, Led Zeppelin III, had taken a drastic turn from their previous material. Starting out as a blues-inspired rock band in their self-titled debut album, and refining their style into a heavier, rougher sound in Led Zeppelin II, you'd think the third would continue the trend. Instead, it went more towards the acoustic side, with electric instruments taking a back seat. Heavier hits like Whole Lotta Love and Bring It On Home gave way to softer tunes like Tangerine and Bron-Yr-Aur Stomp. And the press panned it, claiming that anyone who bought Led Zeppelin III was buying into the name, not the music.

So, in bold retaliation, frontman Robert Plant and guitarist Jimmy Page showed the critics who was boss. They took any trace of the words Led Zeppelin off the album, daring people to buy for the music, since they couldn't very well buy for the name.

And it paid off. The fourth album has become one of the most well-known rock albums of all time, with its headlining track Stairway to Heaven becoming a rock standard. Not bad going for an album with no title.

"It did not really start bothering me until after the third album. After all we had accomplished the press was still calling us a hype," recollected Page in an interview with Guitar World. "So that is why the fourth album was untitled. It was a meaningless protest, really, but we wanted to prove that people were not buying us for the name."

Theirs wasn't the first album to do this, nor was it their last. All but two of their following albums would have completely wordless covers, and perhaps we'll discuss those in future posts, because there's some seriously interesting stuff going on with their later work. I'd also just like to mention the origin of the painting on the front cover. Supposedly, it was found in a charity shop by Robert Plant; however, the whereabouts of this original piece are unknown, and no other copies or prints have surfaced at all. Normally it'd be easy to pass it off as a one-off hobbyist's painting, and yet the man's appearance is strikingly similar to Odin, the Norse All-Father - or, at least, the way he's often described. The figure on the inside, often referred to as the Hermit, also bears a resemblance to the god. The implications of this are a little much to be talking about in this blog post, but it's certainly food for thought.

So there we have it. The untitled album serves as a great piece of inspiration when it comes to minimalist design. Because who needs text, anyway?